Break is over and school is back in session. Wynkoop’s First Annual “Day of Dorks” is set for Saturday March 4th and we are calling all beer geeks to help us celebrate some of the world’s nerdiest brews!!

We will be encouraging attendees and reps to dress up as dorks, geeks and nerds and will be having a school supplies drive to donate to local schools.

As we nail down more specifics I will be forwarding them along to all of you.  If you have any other questions or concerns, please phone text or email me but below will give you the initial timeline. 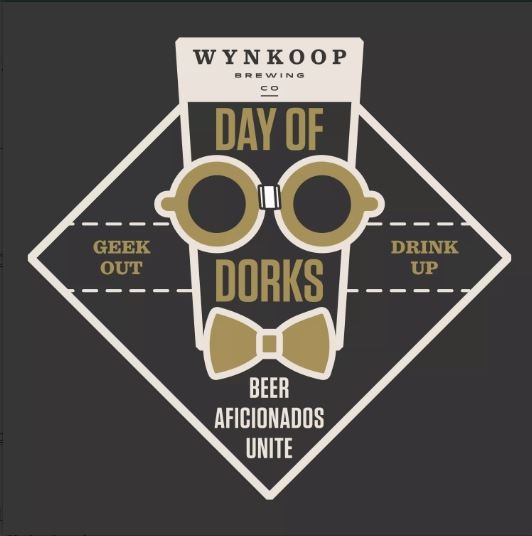 Every so often, people ask me, “How did you get into brewing?”

It seems like a simple enough question right? I always thought of myself holding a sign that said, “Will brew for beer” or something like that.

But like many things that are special about this industry, I didn’t go about this alone. When my wife, Seneca Murley, and I opened New Planet Beer in 2009, craft beer was seemingly everywhere we looked. From our homebase in Boulder, Colorado, there were dozens of craft breweries within biking distance, and even more within a 30 mile radius.

As we were getting started, we had a helping hand from some great people at amazing breweries. These folks not only helped us accomplish our dream by being invaluable resources, but some, like John Legnard at Blue Moon, even lent me equipment “back in the day.” Thankfully, Mike Bristol from Bristol Brewing, Tom Hennessey at Colorado Boy, and Bob Baile at Twisted Pine were there to get us through some of the more difficult aspects of opening a brewery, too.

One thing Seneca and I noticed when we looked around our fellow breweries, though, was a lack of gluten-free beers.

Since I was diagnosed Celiac, I’ve been a Gluten Free Advocate. That means I work to spread awareness around Celiac disease and gluten sensitivity. So when we started brewing, it was a natural fit for us to aim to craft delicious ales that everyone could enjoy. We settled on the name New Planet Beer, because for many, when they’re diagnosed with a gluten allergy, it’s like they’re living in a new world. We also feel strongly about supporting Mother Earth…and New Planet Beer was born!

Of course, brewing without “traditional” grains provides its challenges, as you can imagine! Early on, our biggest challenge was working with non-traditional grains like sorghum. We were convinced we could concoct craft beer with traditional character without the “usual grain suspects.” After some tweaking and countless “Quality Assurance” taste tests, we felt we’d made some beers that would stake our ground.

Now that our Flagship beers (Tread Lightly Ale and Seclusion IPA) seem to be hitting their stride, our current challenge is growing our company responsibly and sustainably so that we can share our beer with even more people. After 8 years in business we’re also facing more competition in the gluten-free and gluten-reduced space. But as the saying goes, “A rising tide lifts all ships.” We see this competition as a good, healthy thing. It means we’re doing something right. It also pushes us to make sure we don’t get complacent. It reminds us that we’re in this for the long-haul.

The other most-asked question I get is, “What are you brewing now?”

Right now, we’re brewing our reformulated Blonde Ale. I’m a tinkerer by nature, and until something is just right, I’m not satisfied. This is a recipe that I have played around with quite a bit over the years, but I can say now that if I didn’t tell you, you’d have no idea it was gluten-free. This new combination takes advantage of a different millet, and it really complements the Blonde’s already-notable characteristics. A light lemon-grass color with a crisp, clean taste, this Blonde Ale is it! I’m excited to share it with you, so make sure to look for it in your local liquor store. And, if you don’t see it, be sure to ask them to reach out so we can stock their shelves!

That’s a long-winded answer to why we started New Planet Beer, but I hope you enjoyed reading it as much as I enjoy brewing beer for you.