“This is a real honor to be awarded a bronze medal as we pride ourselves on being a trusted gluten-free beer. This award only amplifies our commitment of providing the best tasting, certified gluten-free beer to our customers,” said Pedro Gonzales, New Planet Beer Company’s CEO.

3R Raspberry Ale launched in July of 2010 as a well-balanced ale beer made from fermented sorghum and corn, natural raspberry puree, orange peel, hops, and yeast. Not overly sweet, the Oregon grown fruit puree creates a beautiful body color with a natural raspberry flavor. The beer has 160 calories and is 5% ABV. The suggested retail price for the 22 oz bomber style bottle is $5.99.

Reduce, Reuse, and Recycle – the 3Rs of waste reduction education are what make up the 3R’s of the 3R Raspberry Ale. As part of New Planet Beer’s

mission to do good things for the planet, they will donate a portion of proceeds from the sale of 3R Raspberry Ale to non-profit organizations in Colorado who are promoting the Reduce, Reuse, and Recycle educational philosophy.

The Great American Beer Festival remains the largest commercial beer competition in the world with 3,523 beers vying for medals (compared to 3,308 entries in 2009). New Planet Beer competed against 13 other gluten-free beers, including Celia Pale Ale by The Alchemist and Gluten Free by Deschutes Brewery, which took the top two honors.

For more information on the winners at the Great American Beer Festival, please view the website at: http://www.greatamericanbeerfestival.com/the-competition/winners/

New Planet Beer was established in 2008 with a mission is to help everyone to celebrate life with a great tasting beer and to help do great things for the planet. Their certified gluten-free beers are locally crafted by brewers who bring New Planet Beer the great quality and flavor found only in small batches. The company is Colorado-based, family and friends owned and operated and they donate a portion of their proceeds to ecosystem conservation. Future releases of different beer styles, all certified gluten-free, are under development.

New Planet Beer is distributed throughout Colorado by Republic National Distributing Company (RNDC). RNDC is one of the largest distributors of premium wine, spirits and beer in the United States with operations in Colorado and 21 other states. 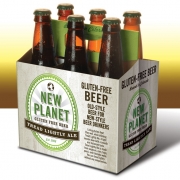 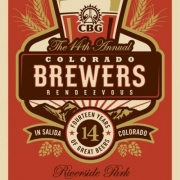 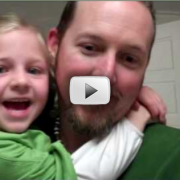 Tailgate Gluten-Free Nov 12th: Taste of the Holidays at Whole Foods Market
Scroll to top
Are you 21 or older? This website requires you to be 21 years of age or older. Please verify your age to view the content, or click "Exit" to leave.