Have you ever wanted to explore the wonderful world of craft beers without risking gluten intake? Or maybe be able to talk craft beer with all your friends who drink heavy gluten craft beer? Or maybe you just want to show someone the amazing gluten-free New Planet Beer you’ve been drinking lately? Now you can with the “Craft Beer App” for iPhone.

This month the “Craft Beer App” by Affect Global is being featured by Apple. It lets you explore at great detail the world of American craft beers. Everything from serving temp, to notes on taste, to brewing information and much much more. Plus, we are happy to announce that New Planet Beer is a part of the craft beer selection.

Here is what the LA Times had to say about it: “Explore American craft beers with this crafty app. I immediately looked up Allagash Tripel Reserve and found detailed info and tasting notes, including the recommended serving temp (40 to 50 degrees)… And it costs less than a few sips of beer.”

If you are interested in learning more craft beers, head over to the iTunes app store to download the app, and once you have it installed don’t forget to check out the entry for the three New Planet beers! 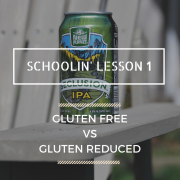 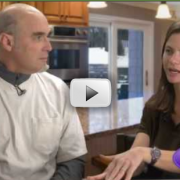 Gluten Free Happy Hour Are Hops Gluten-Free?
Scroll to top
Are you 21 or older? This website requires you to be 21 years of age or older. Please verify your age to view the content, or click "Exit" to leave.