For those who enjoy gluten-free beer but worry whether they can trust the labeling, good news from the United States Department of the Treasury Alcohol and Tobacco Tax and Trade Bureau (TTB).

On May 24, the TTB announced that beer, wine, and other alcoholic beverages made from ingredients that contain gluten, such as wheat, rye or barley, cannot be labeled as “gluten-free.” Before this ruling, beers that were labeled as gluten-free could still contain small traces of gluten; some brewers use glutenous ingredients to make their beer, then process it later to remove most of the gluten. Since the FDA and TTB haven’t found a test that accurately determines the gluten content of fermented beverages, beers that are made with ingredients that contain gluten must be labeled with either one of the following statements:

Here’s some even more good news: According to the TTB’s new ruling, New Planet Beer remains gluten-free. Our beer is brewed from 100 percent gluten free ingredients such as sorghum, corn extract, brown rice extract, and gluten-free yeast. Each batch of New Planet Beer is carefully processed to avoid cross-contamination, and then regularly tested to make sure it’s in compliance.

Who's going to win the big game? Enter to win a football goodie basket. 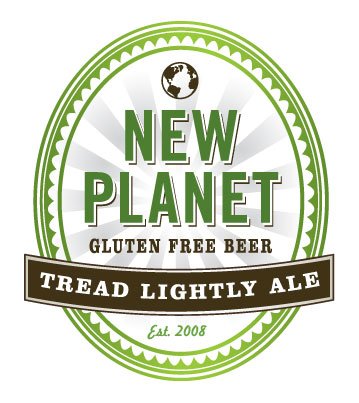 Gluten-free dining at amusement parks
Scroll to top
Verify Your Age to Continue. This website requires you to be 21 years of age or older.