New Planet Beer interns, Ryan and Chelsea, learned how to master the techniques of pouring the perfect beer by attending beer festivals and tastings this summer. Watch their video and learn how to pour the perfect beer yourself.

Learning to Pour the Perfect Beer

When attempting to pour the perfect beer, there are many things to consider. Although it may sound like the obvious, it’s important to start with a clean glass. When soap or different oils are present on a glass, the head and flavor of the beer may be ruined. As mentioned in the video, you want to pour roughly three quarters of beer down the side of the glass, then the last quarter of the beer down the middle to create a head that should be anywhere from a one half inch to a full inch and one half depending on the beer. Don’t be scared to pour your last quarter of the beer with some height as some beers are harder to create a head then others. When a head is created, the aromatics of the beer are released, and thus, the beer head is created. With some beers, the yeast will settle to the bottom of the bottle and may come out when you pour your beer. Some people prefer it, others do not.

So, exactly what are aromatics? We could go into all kinds of information regarding beers and the relationship between different chemical reactions, but that information can become boring so I will give you the quick version. During the brew process, the yeast eats up glucose thus creating heat, ethanol (alcohol) and carbon dioxide. Most of the Co2 is removed during the brew process, but some gas will not be released until the pour. Beer, unlike humans, releases gas that will tickle your nose and satisfy time and time again. Try it yourself with a bottle of Tread Lightly Ale today! 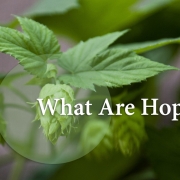 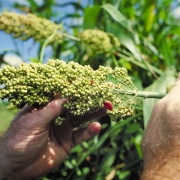 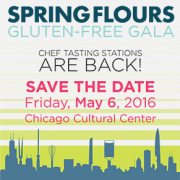 Are Hops Gluten Free round 2