“Beer is proof that God loves us and wants us to be happy.”
–Benjamin Franklin (maybe) 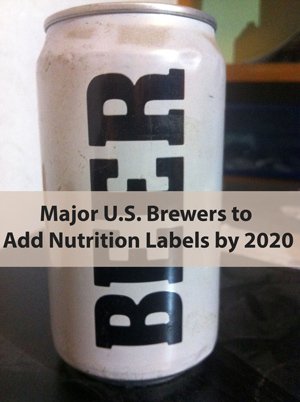 While the veracity of the above quote cannot be 100% confirmed to belong to Benjamin Franklin, one thing we can all agree on as Americans is that a crisp beer at the end of a long day is basically one of the best things out there. So, while we can’t be sure that Mr. Franklin is the person to thank for the above, we can certainly raise a glass to the sentiment.

Beer is the beverage of choice for most Americans. Despite our love affair with whiskey, our summertime flings with tequila, beer is our rock, our “one and only.” And let’s be honest, at New Planet, we love that. Its why we do what we do. But,we digress…

Today’s consumer, both for food and libations, is more informed. They are more concerned with where and how their products are produced than ever before. So, it should come as no surprise that 72% of consumers tell Neilsen that they want more information about what they’re consuming.

In order to bring more transparency to beer drinkers in the US, the Beer Institute, a trade group that represents companies which produce and import beer sold in the United States, reported that 4 of the largest brewing conglomerates, including Constellation Brands (think Corona), Heineken USA, MillerCoors and Anheuser-Beusch-InBev, have all agreed to start labelling their beers with nutrition facts.

Considering that these brands represent 80% of beer sales in America, this may seem like a huge revolution….

You’re waiting for the other shoe to drop, right?

Well, sorry to disappoint you. But here at New Planet Beer, we’ve been transparent about what goes into our beer since Day 1. Unlike the “Big Four” mega-breweries, we’ve always known that the folks who drink our beer care about what we put in it. That’s why we started out as a gluten-free beer company. We have since expanded our market to meet the demand for people seeking gluten-reduced beer.

Ingredients are still what make us, “Us.” So, while the FDA may begin asking (and, perhaps, someday require) all ingredients be listed on cans and bottles, we’ll still be doing business as usual, because what goes into our beer becomes who we are.