New Planet Beer will be pouring at the Niwot OKTOBERFEST 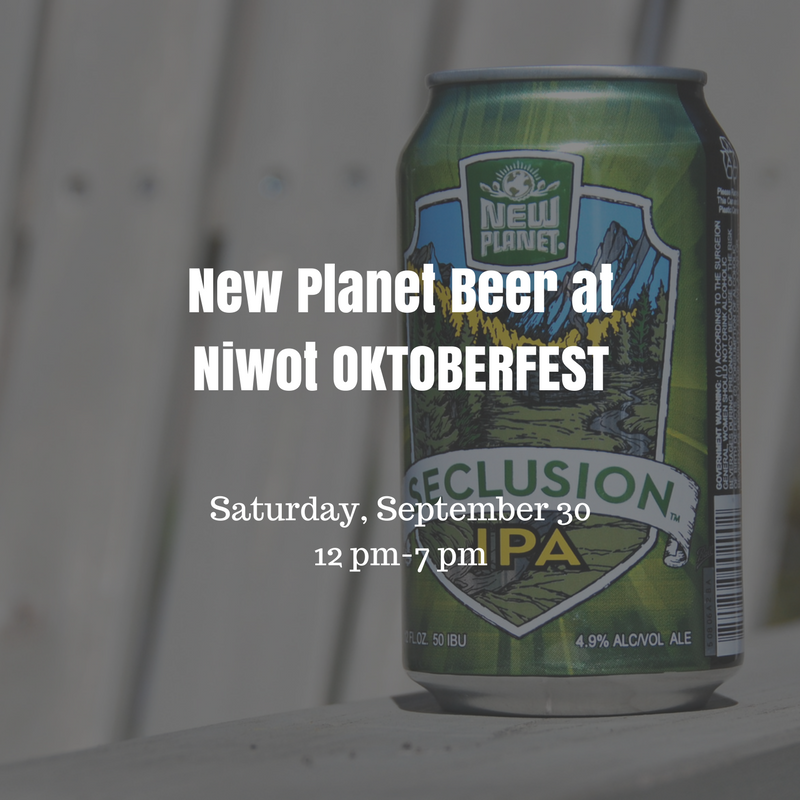 While it may not be an age-old question, it is certainly one that we at New Planet Beer get a lot: What is the difference between gluten-free and gluten-reduced beer?

Grab a pint and let’s dive in! Also, be sure to check out our sweet new infographic at the bottom of this article. Whether you’re Celiac or unsure if you have a gluten intolerance, the infographic is designed to help you understand a bit more whether gluten-free or gluten-reduced is the right choice for you!

When brewing “crafted to remove gluten” beers, it is best to incorporate friendly grains like oats, non-gmo blue corn, and cane sugar into the grain build and start the brewing process with less gluten than a traditional barley craft beer. Also, we have tested and calibrated the enzymatic process over the last three years and have developed a proprietary process in dosing the enzymes to ensure the best possible outcome. (If you can’t tell, we nerd out about this, because we love making beers for everyone!)

No matter where you fall on the gluten-free or gluten-reduced spectrum, there is promising news: more and more breweries are seeing the opportunity that these beers present. As more people begin to ask about what’s in their beer, breweries are adapting and making tasty brews with this market in mind. For you, this means more choices will be available for you to drink gluten-free or gluten-reduced beers.

Below, explore our helpful new infographic to get a better understanding of whether gluten-free or gluten-reduced beer is best for you.

If you’ve already been diagnosed Celiac, the answer for you is simple: Drink gluten-free beer!

For those of you who haven’t been diagnosed Celiac, a few options exist for you. If you have already tried gluten-reduced beer and you still react to it, it is best that you stick to gluten-free beer altogether. Afterall, a beer is only good if you enjoy it during and after!

At New Planet Beer, we’re proud to be brewing gluten-free and gluten-reduced beer. Not a group to settle, we continually improve our recipes to give you the highest quality beer that fits your dietary needs and your wallet.

So, next time you’re in your local liquor store and reach for a gluten-free or gluten-reduced beer, check the packaging so you see what we’re talking about…and keep supporting your local brewers by picking up a New Planet six pack for your next adventure.