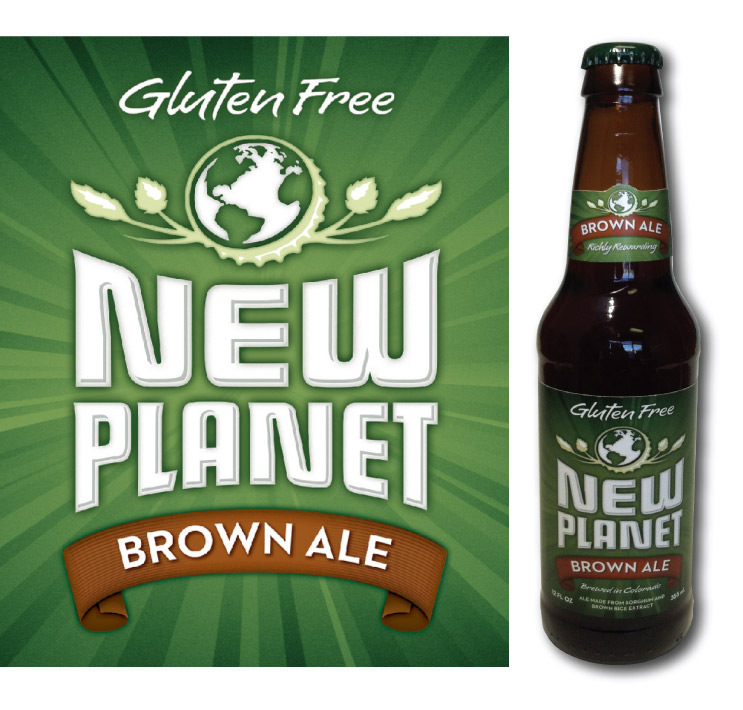 New Planet Beer Company (NPB) from Boulder, Colorado is expanding the frontiers of gluten-free Beer in both availability and style!  State approvals have just come through, and the nation’s leader in 100% gluten-free beer is expanding into Texas and Wisconsin this month. The long anticipated expansion brings the count to 46 states.  NPB sales growth is ahead of the national Craft Beer average YTD, and the addition of Texas and Wisconsin will undoubtedly raise that number dramatically.

Added to the new distribution, New Planet will also be releasing the 1st nationally available gluten-free Brown Ale in the fall. This rich, dark and decidedly tasty ale is brewed with coffee and cocoa which lends a complex and roasted flavor profile to balance brown sugar notes of a typical American Brown Ale. In 2012 NPB won a Silver Medal at the GABF in the Gluten Free Category with the Brown Ale, and starting this September, will be packaging and distributing this ale nationally.

NPB has been on the frontier of gluten-free beer innovation since its inception in 2008. The release of the Brown Ale looks to be a winning move  and will again cement the brewery’s position as America’s leading 100% gluten-free Craft Brewer.

No other US brewer offers the range of style in the Gluten Free Category. www.newplanetbeer.com