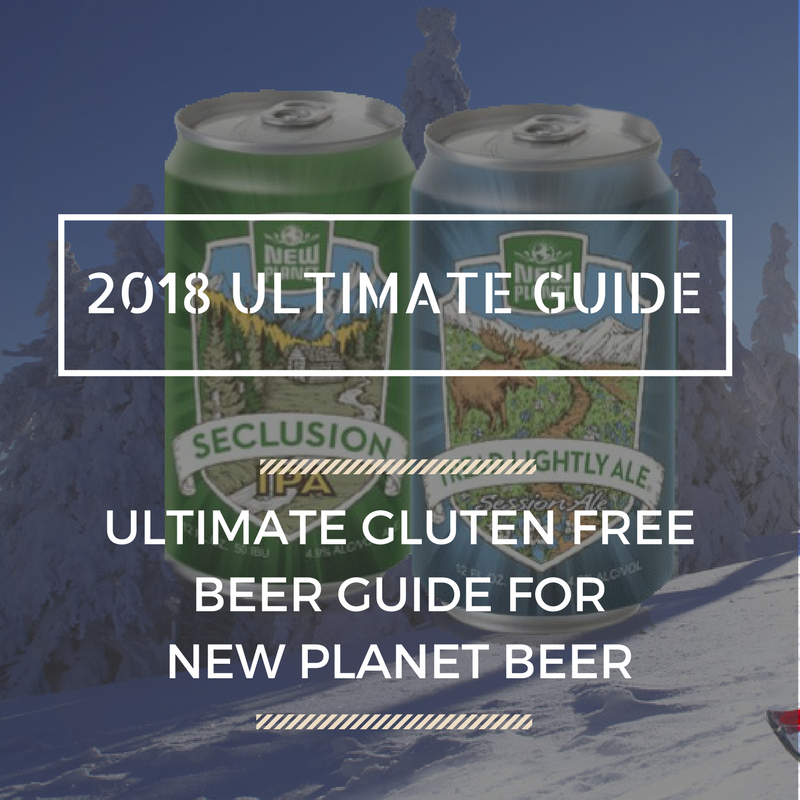 With 2017 tucked safely away, the New Planet Beer team is anxiously looking forward to what 2018 has in store. Maybe you’re still sticking to your New Year’s Resolutions (or not…we’re not judging) to do More of X or Less of Y, or whatever it may be. If so, keep it up!

Like several of our gluten-free beer options, the Pale Ale substitutes traditional grain with millet. If you’re not familiar with millet, it is a small, round grain (similar in size to quinoa) that is naturally gluten-free, and offers the many of the same flavor and texture profiles of more “traditional” grains used in brewing. The result? A killer Pale Ale of 5.3% that makes the most seasoned beer connoisseurs do a double-take and ask, “This is gluten-free??”

They say that blondes have more fun. We don’t know if that’s true, but we know our customers have more fun with our Blonde Ale than with others. And who can blame them? The Blonde Ale is refreshing, easy drinking, and well-balanced at 4.5% ABV and is gluten-free to boot. Perfect for lounging on a Colorado summer day or as a refreshing reward after a grueling bike ride up the Peak to Peak Highway, the Blonde Ale is your go-to for gluten-free unwinding.

Similar to the Pale Ale, the Blonde is brewed with millet, gluten-free oats, maize (non-gmo blue corn), hops and yeast. Pair it with pineapple grilled chicken or fish tacos to get a perfect complement of flavors!

Has anyone ever told you to Take a hike? Kind of rude, right? Well, the joke’s on them…we live for hiking, and when we hit the trail, we make sure to pack a sixer of the portable and insanely drinkable Seclusion IPA. This IPA is hopped 4 times with a combination of Cascade, Sterling, and New Zealand hops to deliver a bold, unique IPA that satisfies the hop head in all of us.

Specifically crafted to remove gluten, the Seclusion IPA is a more “traditional” beer recipe that then undergoes our rigorous process to remove gluten. Does that process take out all of the gluten? The short answer is No. But the FDA has strict requirements about what constitutes a “gluten free” beer, and a beer that has less than 20 parts per million (PPM) of gluten is considered gluten free. And while “crafted to remove gluten” isn’t regulated by the FDA, New Planet Beer is proud that its gluten-reduction process has been tested non traceable at TTB test at 10 PPM. Wink wink… that means we are well below that benchmark. We’ll drink to that!

Hi. Say hello to Tread Lightly Ale. Don’t be shy. Tread Lightly is approachable, well-balanced, and is ready to be your year-round go anywhere, do anything pal. This canned beauty is crisp with a citrusy hop character that clocks in at 20 IBUs and 4.9% alcohol by volume.

Like its IPA brother, Seclusion IPA, Tread Lightly Ale is artfully crafted to remove gluten, resulting in a beer that will leave you feeling refreshed without having to worry, “Is this beer going to wreak havoc on my gut?” And we like it that way. Try it with pan seared scallops with spinach and cannellini beans for a perfect combination of rich and refreshing.

Boulder Winter Craft Festival
Scroll to top
Verify Your Age to Continue. This website requires you to be 21 years of age or older.